On Sunday afternoon, in partnership with the BBC, we crowned the new winner of our “Pause for Thought” talent search. 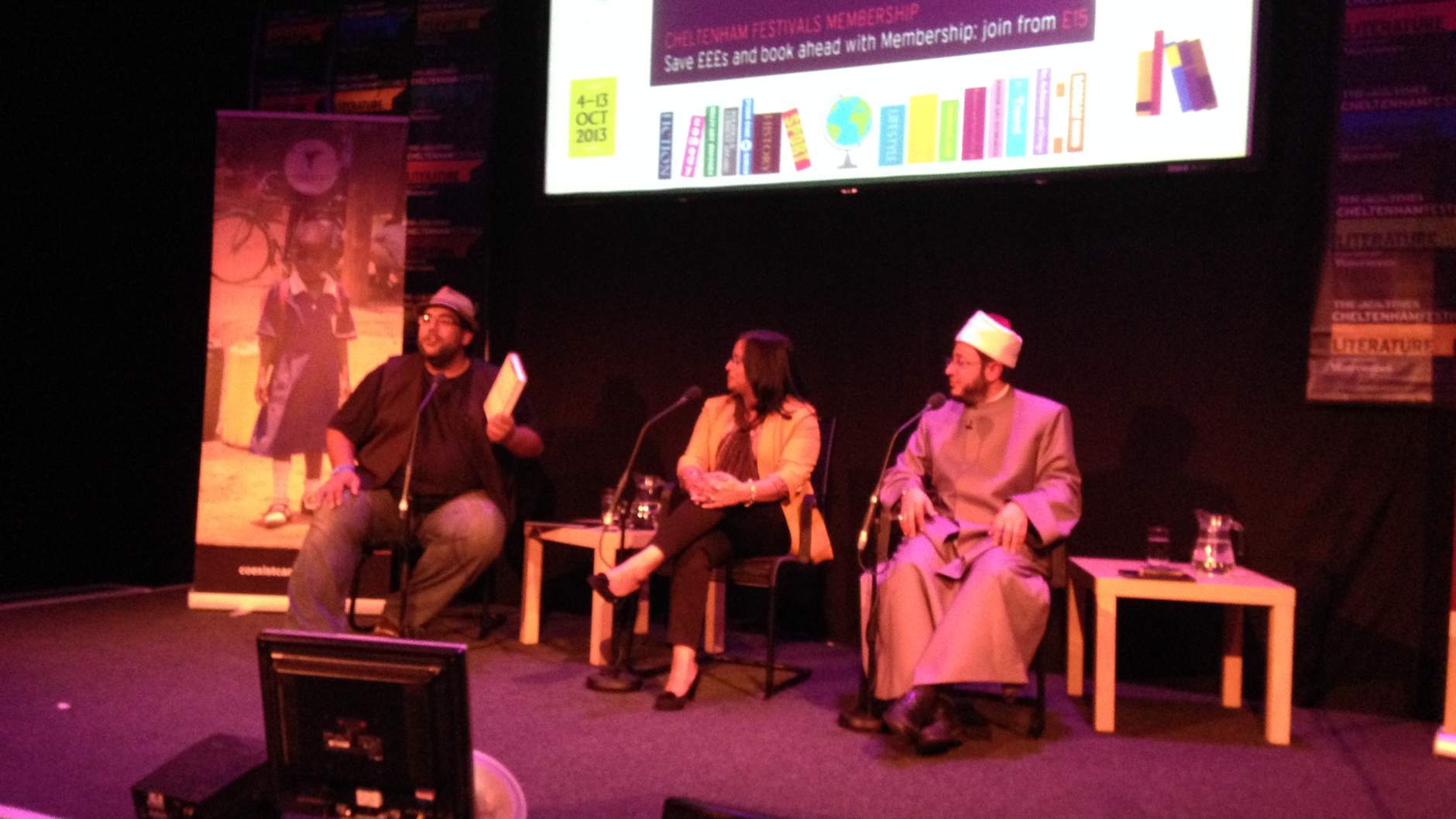 On Sunday afternoon, in partnership with the BBC, we crowned the new winner of our “Pause for Thought” talent search. Rev. Paul Oxley from Milton Keynes won the prize and was sent straight to London to appear on a live radio show the following morning, broadcasting to nearly 2 million people.

Attendees had to wait until Tuesday for additional Coexist events, the first being a discussion on C.S.Lewis, author of the Narnia series (and much else besides), to mark the 50th anniversary of his death. Lewis biographer Professor Alistair McGrath of Kings College London, author and journalist A.N. Wilson (another Lewis biographer) and Professor Michael Ward, author of “The Narnia Code,” had a engaging and at times quite heated discussion about Lewis and his legacy and particularly his complicated relationship with women.

Tuesday evening was our greatly anticipated “Understanding Islam,” which was the third-fastest sell out of the entire festival. We reassembled last year’s panel of Abdul Rehman Malik, Professor Mona Siddiqi, and Shaykh Ahmad Saad al-Azhuri, and like last year they didn’t shy away from discussing some of the trickiest passages from the Qu’ran.

Thursday is another of our featured sessions called “The New Boys,” in which three top religious journalists discuss the “to-do” lists facing the new Pope, the new Chief Rabbi of England and Wales and the new Archbishop of Canterbury.

More dispatches from the Cheltenham Literature Festival to come.

More information about Coexist’s presence at the festival can be found here.